Rabbit hemorrhagic disease is a rapidly spreading fatal illness seen in both domestic and wild rabbits. Although as of July 2022, the disease has not been diagnosed in Illinois or Missouri, it has been seen in states as close as Kansas, Tennessee & Kentucky. Because of the high transmission rate & severity of illness, the virus has been causing widespread alarm amongst rabbit owners and rescue groups alike. Fortunately, there is a vaccine that although it is not widely available, induces near 100% immunity against the virus.

Although it could have originated in Europe, the original strain of RHDV was first seen in China in 1984. In 2010, however, a new strain, RHDV2, developed that has since become the more common and unfortunately, much more fatal strain. Since 2020 RHDV2 has been spreading like wildfire in the domestic states. It has already been detected in wild & domestic rabbits in New Mexico, Arizona, California, Texas, Colorado, Nevada – basically the entire western half of the country. Fortunately, the disease does not spread to other domestic animals or humans. It is a reportable disease in most states, including Illinois

The virus is extremely easy to spread. It can be passed on directly, thru most any secretion (urine, feces, saliva) or on the fur, and it can also be spread indirectly via fomites such as insects, other animals, vegetation, etc. It is thought to only take a few viral particles to infect a naïve bunny. The virus can live for months in the environment in varying temperatures, both hot and cold, & an infected rabbit can be contagious for over a month. Sodium hydroxide (lye) & formalin have been shown to inactivate the virus, and some recommend disinfecting with a 10% bleach solution.

The virus attacks the internal organs, causing bleeding. The liver, heart & lungs seem to be particularly susceptible. Clinical signs can include lethargy, fever, yellow membranes (jaundice), difficulty breathing, agitation, seizures, and active bleeding either internally or thru the nose, eyes, and/or mouth. Some bunnies are simply found dead within days of being infected. The mortality rate for the disease is upwards of 70%, with some resources reporting 90%.

There is no known treatment for the disease. Supportive care is all that can be given.

Pet rabbits should be kept indoors. Shoes worn outdoors should be kept away from your pet. Do not feed your rabbit items brought in directly from outdoors (grass, vegetables, etc.). Regularly disinfect everything. Wash your hands before & after handling your bunny. Do not share things with other non-vaccinated bunnies, especially from another household. Vaccinate.

MedGene Labs has developed an extremely effective vaccine for the virus. Although it is not currently FDA approved, it has been given emergency use status in several states including Illinois & Missouri. The vaccine does require 2 doses be given subcutaneously (under the skin) 21 days apart. Within 2 weeks of the 2 nd dose, the vaccine is completely effective, offering near 100% protection for one year. Ideally, the vaccine should be boostered yearly. Currently, we can only obtain the vaccine directly from the manufacturer. Since the vaccine comes packaged in a multidose vial that is only stable for a few days once opened, Best Friends will only offer the vaccine on certain days. If we haven’t seen your bunny within the year, a doctor will first need to examine your pet. If we have seen your pet within the year, and he/she is seemingly healthy, a nurse can administer the vaccine. Because of the limited availability, we do require appointments & they are on a first-come, first-served basis, with a deposit required. Bunnies must be at least 10 weeks of age, healthy & they should not be pregnant.

Side effects from the vaccine are similar to what we might expect from other immunizations. Your bunny may be more lethargic, and even have a bit of a fever for 24-72 hours post-vaccine. There may be a little swelling and pain at the injection site, as well as some hair loss. It will be important to encourage your rabbit to drink & eat routinely. If he/she doesn’t want to eat, drink, stops defecating, or has any other issue, please let us know as soon as possible. Grain Free Boutique Diets and Dilated Cardiomyopathy
Why is everyone talking about grain free foods? Over the past several years, the pet food industry h...
551 Hits
Read More
13 March 2020 Updated COVID Procedures - Wellness Care
We hope that you and your family (including your four-legged ones) are doing well during this strang...
529 Hits
Read More
22 March 2021

Caring for Your Sugar Glider
A Sugar Glider is a nocturnal marsupial that is native to Indonesia, Australia, and New Guinea. They...
527 Hits
Read More 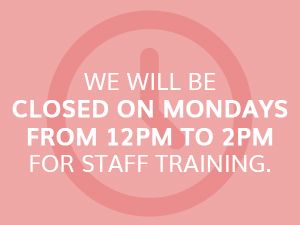